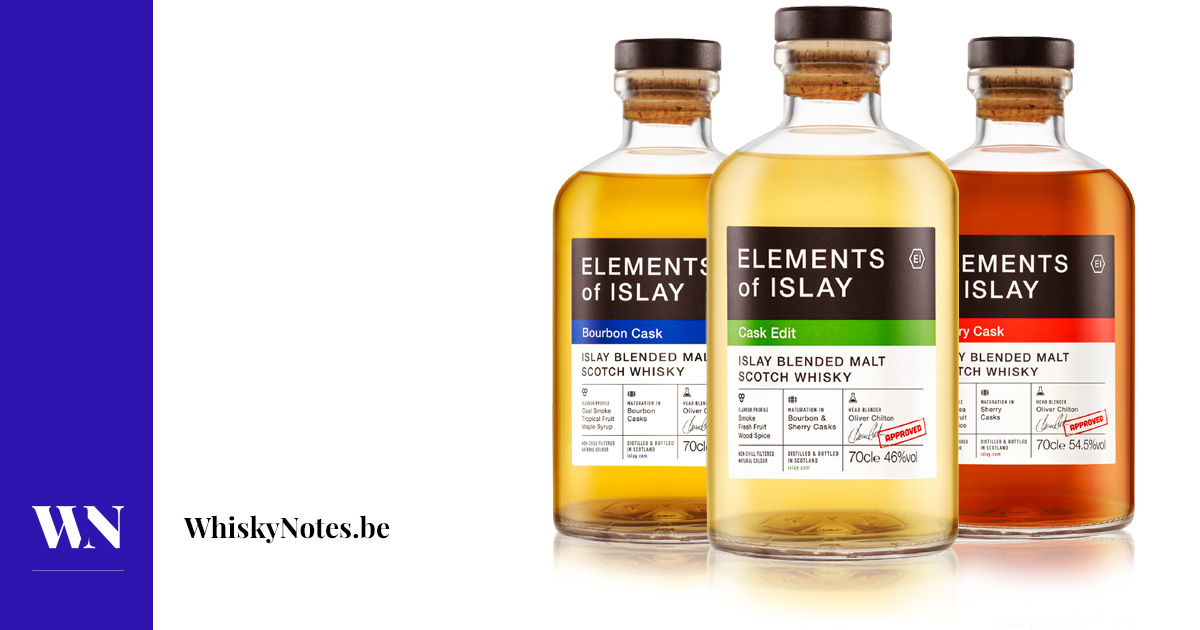 It begins with Cask Edit, a composition of refill, bourbon and sherry casks bottled at 46% ABV for drinkability and stability. Then there’s additionally a Bourbon Cask model and Sherry Cask model, a mixture of first fill and refill casks, bottled bottled at 54.5% ABV to completely showcase their persona.

Nostril: traditional iodine, with uncooked barley and oak char. Seaweed and seashells on a seaside. There’s a obscure fruitiness within the background, primarily on citrus and apple. Moist wool and hints of almonds as properly.

Mouth: sweeter than anticipated now, with very nice caramelized nuts and hints of latte. Darkish baked pastry. Then heat hints of petrichor come out, in addition to a sharper mineral aspect and salty ash.

This works rather well as a cornerstone bottling. All the pieces you’d count on from Islay whisky is right here (salty iodine, smoke and minerals), at a rasonable power and providing good worth for cash. Take into account the outdated 50 cl bottles have now been changed by 70 cl. Obtainable from The Whisky Alternate and different retailers like TyndrumWhisky as an illustration.

Nostril: as anticipated, slightly extra vanilla and white pepper. The smoke appears cleaner than the Cask Edit, with a better pitch and fewer sooty notes. Later seaside sand, uncooked wool and a really gentle trace of peach and orange.

Mouth: begins on citrus and vanilla, with darkish roasted espresso beans resulting in a bitterness. Grapefruit zest. Then oak char and bonfire smoke. Seawater provides to the sharpness. Later some mocha seems.

End: the creamy vanilla returns, whereas holding the oak spice and smoke.

The smoke is extra intense right here (Caol Ila with a splash of Laphroaig, I’d say) whereas all the profile is a bit more vertical and centered on wooden spice and a mild zesty bitterness. Fairly archetypal, though when it comes to stability and drinkability the Cask Edit is tough to beat. Obtainable from The Whisky Alternate and others. Rating: 87/100

Mouth: once more extra on the darkish and dry aspect of the spectrum. Loads of leafy notes, liqourice, darkish chocolate and dried orange peels. Plenty of candy pepper, hints of seashells and a gingery edge. Quite sooty.

A leafy fashion with little fruits however lots of tobacco and wooden spice. Is it winter but? In any case the bourbon and sherry variations sit properly on reverse sides of the spectrum – mission completed. Obtainable from Grasp of Malt or The Whisky Alternate as an illustration. Rating: 86/100