The Greatest Painkiller Cocktail Recipe, Based on Consultants 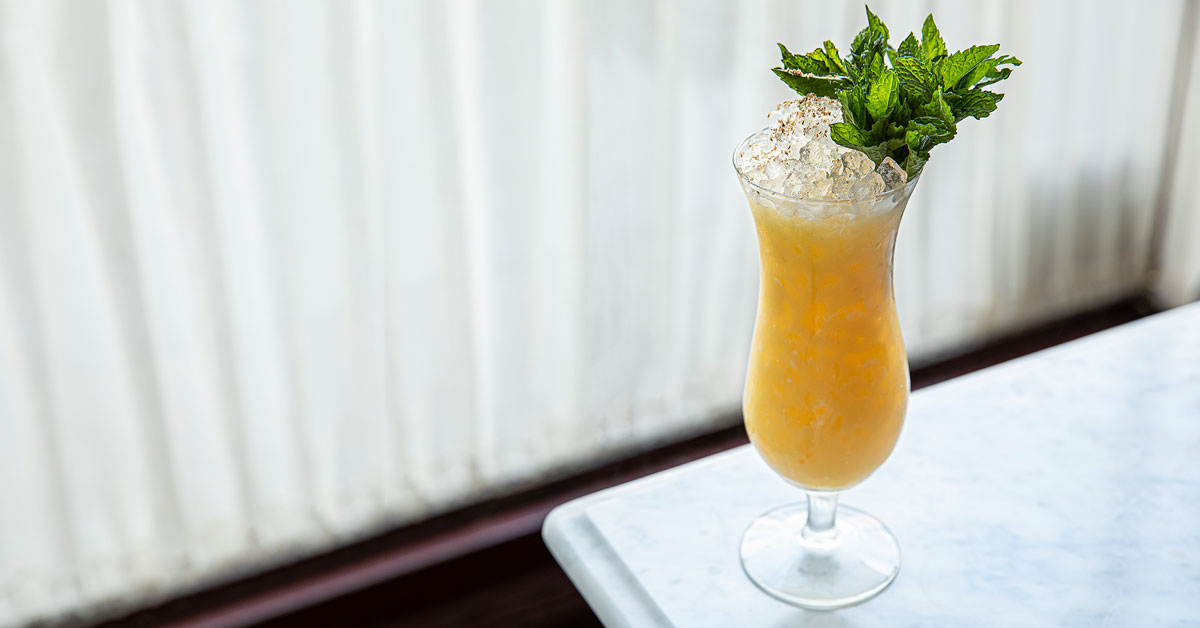 Initially created within the early Nineteen Seventies on the British Virgin Islands’ Soggy Greenback bar—reachable solely by sea—the Painkiller is a textbook boat drink. A mixture of rum, pineapple and orange juices (each sometimes from a can) and coconut cream, it places refreshment above complexity, inviting bartenders to strive their hand at stability in a cocktail that by no means had it within the first place. “There’s no acidity,” notes rum knowledgeable Paul McGee, of the usually cloying mixture of elements. “It simply begins off with a horrible recipe.”

However judging by a current tasting of 10 recipes submitted by bartenders throughout the nation, the Painkiller is just not a misplaced trigger. Although some pulled the system too far into Severe Cocktail territory, with unorthodox additions reminiscent of Pedro Ximénez sherry and cold-brew focus, people who succeeded managed to honor the uncomplicated nature of the unique, calling for considerate adjustments that made the holiday drink really feel worthy of a spot on any up to date cocktail menu.

Among the many most typical points plaguing the entries was a bent for overdilution. The amount of the drink is massive to start with—eight and a half ounces, of which 5 are juice. Add to that the dilution from shaking with ice cubes, or buzzing the drink with pebble ice in a stand-up mixer, and it may possibly rapidly grow to be a watery mess. Different frequent faults have been a scarcity of acid, an excessive amount of rum or too little rum.

On that final level, regardless of the cocktail’s trademark being owned by Pusser’s Rum (who, it should be recognized, didn’t even create the recipe), few of the submitted Painkillers known as for the model. In virtually each recipe, Jamaican rum made an look as a part of the base-spirit mix, a variety that the judges (myself, McGee, Sunken Harbor Membership’s St. John Frizell and Punch editor-in-chief, Talia Baiocchi) discovered favorable for its capacity to spice up the tropical banana and pineapple notes.

Taking high honors was Matthew Belanger, of Demise & Co. Los Angeles. His interpretation of the Painkiller leans on a mix of Smith & Cross Jamaican rum, El Dorado 15-year Guyanese rum and Lemon Hart 151 Demerara rum for the bottom, with solely an oz and a half of pineapple juice (in comparison with 4 ounces within the authentic spec) alongside an oz of Coco Lopez and three-quarters of an oz of orange juice. It was among the many most rum-forward of the bunch, and the judges unanimously loved the unorthodox garnish of a lavish mint plume alongside the requisite freshly grated nutmeg. Frizell famous that the drink’s spirit-forward development could be “an excessive amount of of an excellent factor,” however praised the drink for its refreshing qualities and lengthy end.

Second place went to Jelani Johnson, assistant distiller at Nice Jones Distilling Co. The judges rapidly picked up an extra supply of acid, on this case lemon juice, and likewise discovered the rum to shine via because of 4 totally different expressions, led by Coruba Jamaican rum alongside Plantation O.F.T.D., El Dorado 12-year and a teaspoon of Rum Hearth. The judges thought the nutmeg was significantly nicely built-in because of Johnson’s choice to shake the drink with grated nutmeg, moderately than merely dusting it atop the completed drink. Johnson’s was additionally the one drink served on Kold-Draft ice cubes moderately than with pebble ice, making it learn extra like a standard cocktail than a colada. As McGee noticed, “It tastes like a Painkiller you’ll get at a cocktail bar.”

Third place went to Chris Coy, of the Inferno Room in Indianapolis, whose recipe equally known as on a break up rum base of 4 expressions in equal half-ounce measures: Bounty Darkish Rum and Bounty Spiced Rum from St. Lucia, pot-still Jamaican rum Worthy Park 109 and the Guyanese Hamilton Demerara rum. To that, he added three ounces of pineapple juice, two ounces of store-bought toasted coconut syrup and one ounce of orange juice, all flash-blended and topped with a formidable association of a pineapple fan, pineapple fronds, an orange wedge and an orchid. The coconut and rum harmonized nicely in virtually Piña Colada–like vogue. As any Painkiller should be, Frizell dubbed it “a crowd-pleaser.”