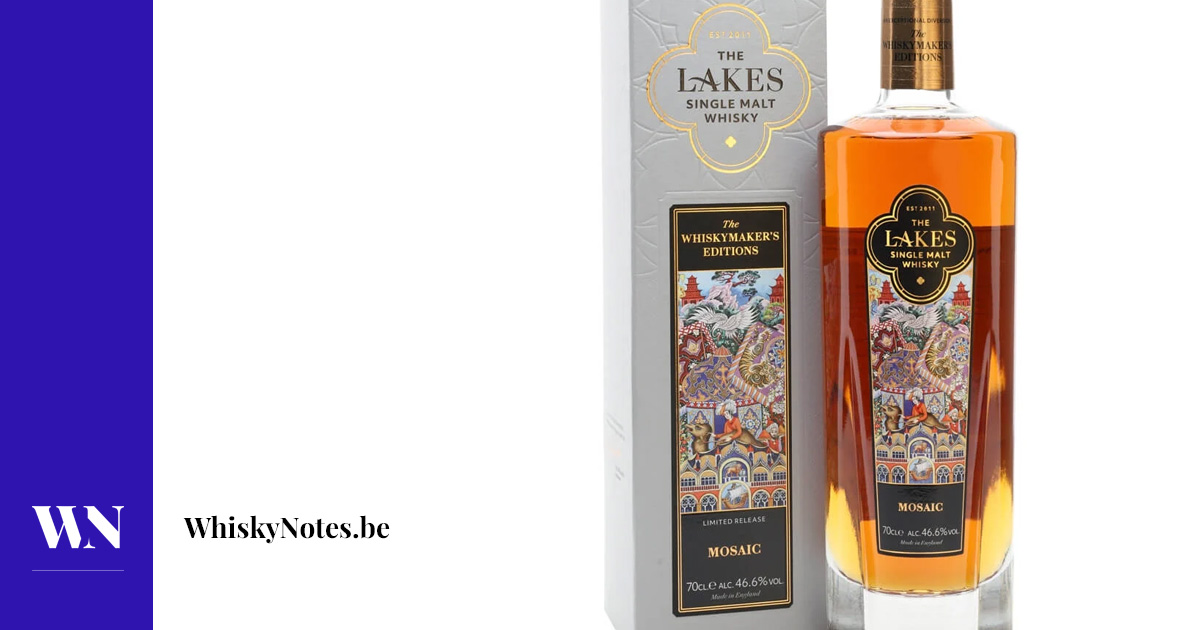 Mosaic is the newest launch within the Whiskymaker’s Version sequence from The Lakes distillery. The sequence showcases one-off releases, usually diverting from the distillery’s sherry-led home model. This time the whisky takes its inspiration from the Silk Street, though I couldn’t discover info on how this pertains to the cask varieties used as an illustration.

The Lakes distillery was based in 2014 in Cumbria. So be sure you examine to Whiskymaker’s Reserve N°1 and N°2 which I reviewed a while in the past.

Nostril: a really fruity model of sherry takes the lead. A mixture of baked apples and bananas, cinnamon syrup and candied cherry. Behind this we discover wealthy caramel notes, toffee and vanilla pastry. Additionally burnt leafy notes and a touch of (newish) oriental wooden within the background.

Mouth: begins on toffee and caramel, with dried fruits (figs, raisins) within the background. Then the (first-fill) wooden turns into apparent, virtually giving it a way of bourbon whiskey or candy rum. Cinnamon, clove, nutmeg and brown sugar. Later additionally minty notes. It turns into drier and spicier in direction of the tip. There’s a barely aromatic / floral trace of virgin oak as nicely.

End: fairly lengthy and candy, with caramelized pecans and loads of woody notes. Because it fades the spices come ahead.

The Lakes distillery appears to make characterful whisky and that is no totally different. Certainly there’s a barely oriental aspect to it, however you’ll have to just accept a considerable amount of woody notes too. An apparently cosmopolitan whisky in any case. Out there from The Whisky Trade or TyndrumWhisky as an illustration.