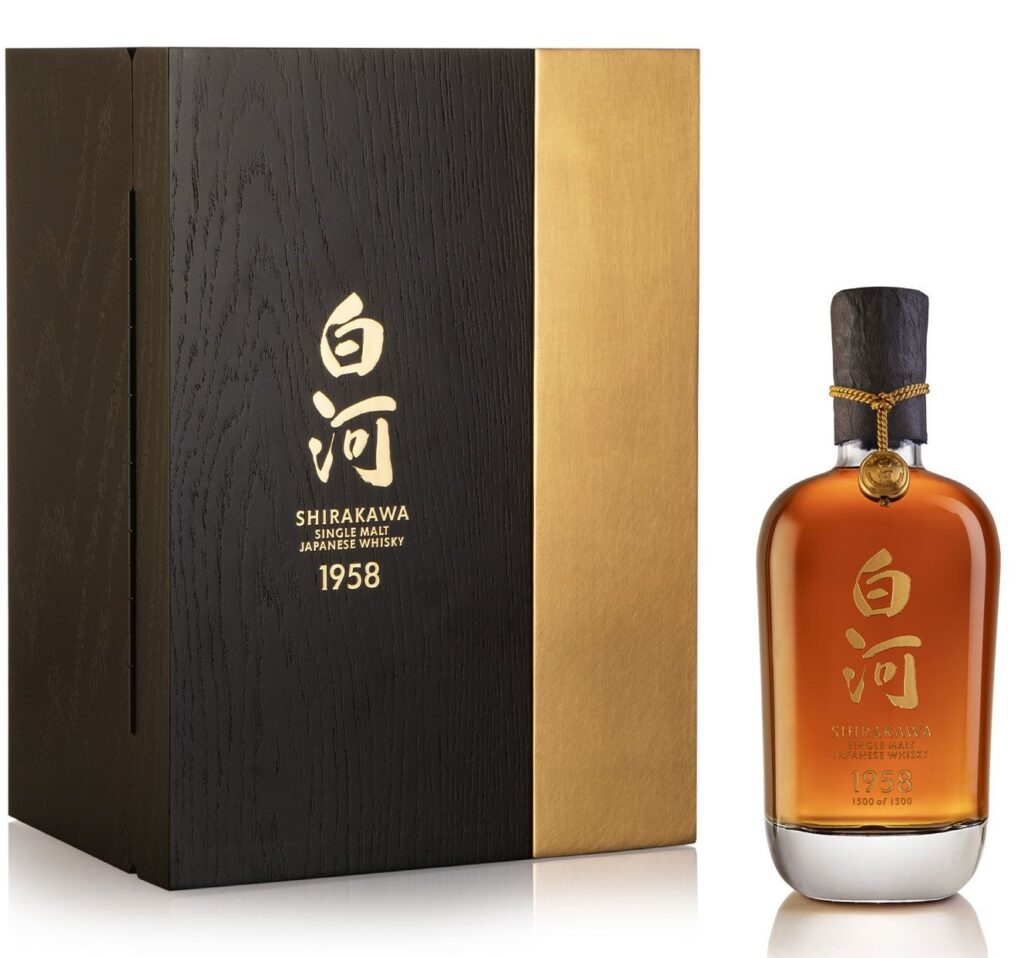 Shirakawa Distillery was one of many pioneers of Japanese malt Whisky manufacturing, however the Whisky was by no means bottled as a Single Malt. The bulk was used as a mixing part for Takaro Shuzo’s King Whisky. The distillery produced malt Whisky till 1969, and was demolished in 2003.

In 2019, a vat of unblended Single Malt Whisky was found at considered one of Takara Shuzo’s manufacturing amenities in Japan. The Whisky was distilled in 1958, and was matured in oak (most likely Mizunara) earlier than being transferred into ceramic jars, and finally stainless-steel.

The invention was the results of an intensive search by Takara Shuzo’s data and amenities. It’s unlikely that any extra exists, making this the primary, final, and solely Single Malt Whisky from Shirakawa Distillery.

THE TASTE OF LIQUID HISTORY

Palate: The palate is expansive with a succulent texture and hints of aromatic grass. Fruits emerge within the center. Layered, spiced, and dry. Water brings out ash from an incense burner, a satisfying mouthfeel and surprisingly perky acidity.

End: Properly balanced and chronic on the end which picks up mint flavouring and makes it extra camphor-like.